Illegal funny pictures or stamps of the underworld


White and brownish rectangular briquettes are scattered on the garage floor. The impression of Bob's Sponge on them could have been mistaken for baby soap, but only from a distance. Downloading print with SpongeBob can be anyone, but for the use of this print, you can wait for big problems.

A gram piece of such a parallelepiped will cost the final buyer from 100 to 400 us dollars. Each briquette weighs pounds and is guarded by a whole bunch of employees of the Federal Bureau of investigation. Those of our readers with whom Hollywood has already done its dirty work, probably guess what kind of soap speech.

The similarity of material with soap is not accidental - the technology of pressing into the briquette is identical. On the briquettes of pressed powder, as on soap, a stamp is applied. Drawings countless - Sponge Bob, hawk, star, symbol, Batman, three sevens, Scorpio, emblem of Apple...

Copyright, of course, distributors no one will present. It would be foolish to think that the stuff mafia decided to cash in on the popularity of Steve Jobs' company - she has enough money without it. Notorious Pablo Escobar, Colombian king, hiding from the police high in the mountains, was forced to burn two million dollars, so as not to freeze.

The target audience of these stamps is not ordinary material addicts, but wholesalers. Each illegal cartel needs to make a seal  (usually a couple of dozen different prints) mark the powder. Because of the frequent interceptions, it is dangerous to transport all the powder in one batch, so it is divided between smaller "branches", sending in parts. The impressions serve as a conventional sign by which the wholesale buyer determines the quality of the prohibited illegal material and the "branch"-distributor.

Question: What is the funniest print of ecstasy pills you've ever seen?

Comment: the Funniest, perhaps - the letters DEA (material control service - approx. auth.). The funny thing is, when I gave the seller the money, the police came into the room.

From the forum of ecstasy lovers.

Stamp production has taken its niche among clubs. Psychoactive substances distributed in discos usually take the form of a homemade tablet, on which an image-identifier is stamped. To do this, use a round seal.

The composition of the tablets is varied - from tablet to hard materials, and just as unpredictable their effect. In most cases, a poorly educated dealer has no idea what is in the pill and operates with concepts like "this is wildly flattening." To avoid confusion, a "wheel" flattens, and sausage, and apply the print. The print size is small - up to a centimeter in diameter.

They are also very different: sun, skull, star, Yin-Yang, fish, Apple, Mitsubishi emblem, Bunny Playboy... That's just to guess what's inside the pills, according to the imprint it is impossible, because there is some kind of pill to achieve popularity in the circles of fans of the substances, as other manufacturers rush to fake it (and the stamp too, all the more so to purchase a print of any picture is not difficult). And to complain when you will split instead of expected flattening, there is nobody - business-that illegal.

Why are we talking about this? 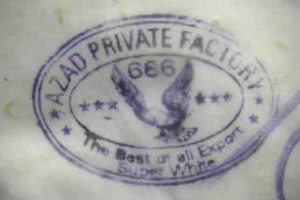 And really - our blog about seals and stamps, why do we tell you about all sorts of dark deeds? Of course, not to teach you to distinguish the Green Apple from Mitsubishi (and in general, we do not recommend anyone to get involved with the underworld). It's just that the field of application of stamp products is so large that we are sure - even if dealers use them then your legal business is worse? Fortunately, the law allows us to order printing online. If you doubt the authenticity of a particular seal, you can order a forensic examination.

Our specially designed online designer seals and stamps allow you to create a sketch for any print - though "Apple", though "Scorpion", though "Federal control service". The main thing, like Ostap Bender, is to honor the criminal code. With the help of the designer, you can easily create a print yourself. You can do this based on print templates, and if you want, do it from scratch.