Champions and interesting things in the world of seals, which were not created by online stamp making

Satisfy the curiosity of readers, and our first exhibit among atypical print products — is... 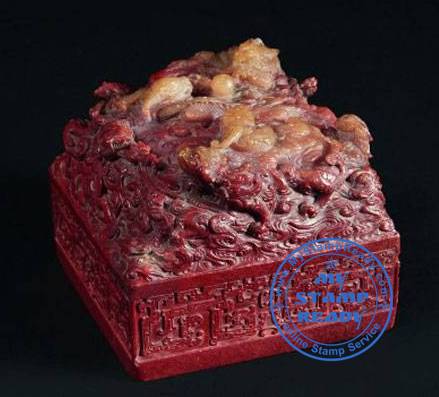 That's how many dollars were paid for the XVIII century stamp, sold at auction in December 2016. The seal is the size of the palm of an adult and is made of red steatite and decorated with nine white steatite dragon figurines — it symbolizes the masculinity and power of Emperor Aixingero Hongli, who ruled under the name Qianlong.

In the nineteenth century, this seal fell into the hands of a French ship's doctor who sailed to China, and then — to Europe. The current owner of the seal preferred to remain anonymous.

China, of course, strongly protests against the sale of the national heritage, but nothing can be done, and the fact remains — an unknown collector wanted to buy a seal for 150 million Chinese yuan, which is 22 million dollars, or 1.3 billion rubles, and at the moment it is the most expensive stamp in the world.

Rubber stamp with a height of 15 meters

Now it's time to measure the size. 49-foot (15-meter) stamp with the word FREE can be found in Cleveland, Ohio. Strictly speaking, it is not quite a stamp, but rather an art object, but theoretically, it can make an impression (if you hire a lift and persuade the city authorities to allow the sculpture to be torn off the ground). 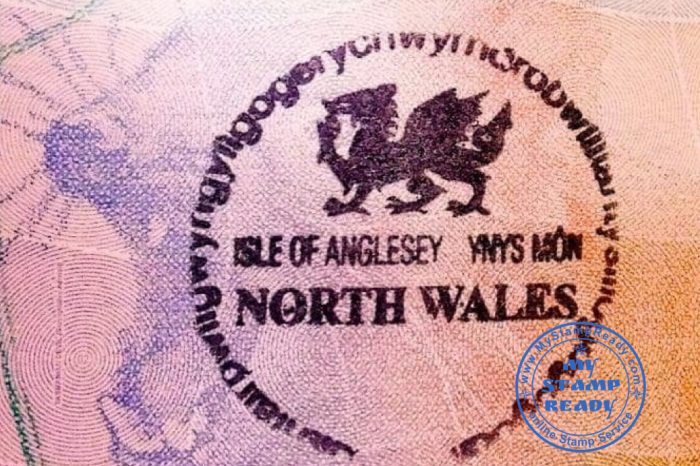 It was made by a couple of sculptors for the headquarters of the company Sohio in honor of the freedom for which the heroes of the Civil war fought, a monument to which is installed next to the headquarters building. However, installing the seal did not work — the company Sohio was absorbed by British Petroleum, and the new Director decided that the inscription on the print hints that the new owners infringe on corporate freedom, and the installation was banned.

The stamp remained in the warehouse for fifteen years until it was bought by the city authorities and put in the Park in front of the Sohio building, and at the moment it is the largest stamp in the world.

Sketch it is quite simple, and you can make a stamp online with a copy of it.

Stamp that weight a centner. 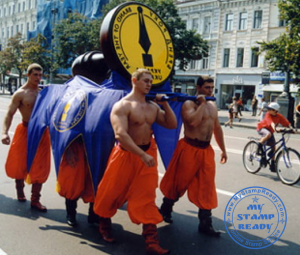 Skeptics will say that this stamp cannot leave a print. Willingly satisfy the skeptics: we have the world's largest operating "rubber stamp" - so it was called in the Guinness book of records, but in fact, it is a seal.

The competition is held annually in the form of a parade, at the end of which the winner receives an award, and the seal is lifted by a tow truck for cars, smeared with paint, and put an imprint on the flag of the company.

The diameter of the seal-a meter, weight-100 kilograms, is made of cherries and boxwood, and at the moment it is the world's largest working stamp can be online stamp making.

And a few more facts

We are used to the fact that stamps should be officially boring, but it is not considered so everywhere. For example, under Japanese law, the stamp can contain any picture and be considered a legitimate means of certifying the document-you can send a sketch of the seal for approval (valid payment by Bank transfer) and you will be sent a finished seal - you can certify financial documents with your photo. 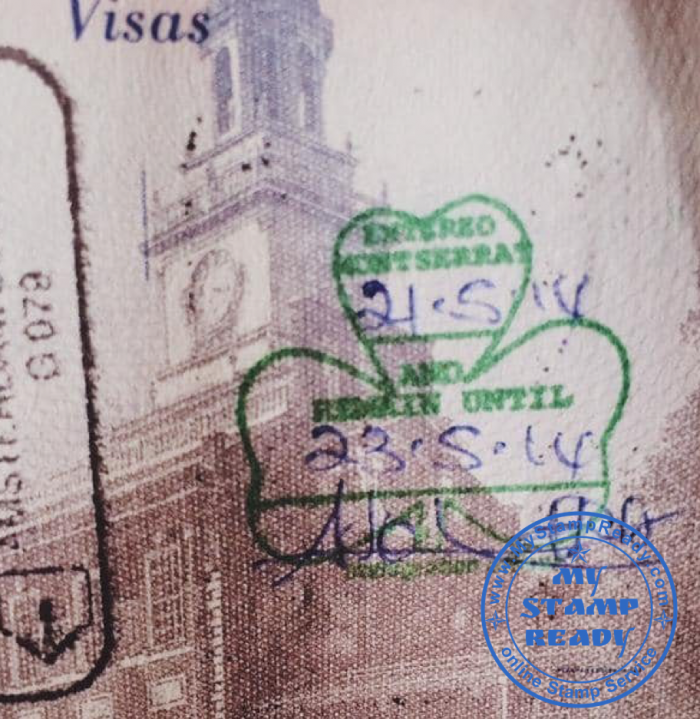 And not only in Japan! Many countries and territories have developed government stamps and seals that we would consider atypical.

When visiting the archaeological Park in Peru, you will put a stamp with a detailed image of Machu Picchu-the city of the ancient Incas.

The stamp of residence on the island of Montserrat is in the form of a leaf of clover, which is inscribed with the time of arrival and departure.

The village in Wales with the longest name in the world also got its seal. Apparently, only to arrange the name "Llanwyrpullgwingillgogeryhverndrobullantysilyogogogoh" in a circle. 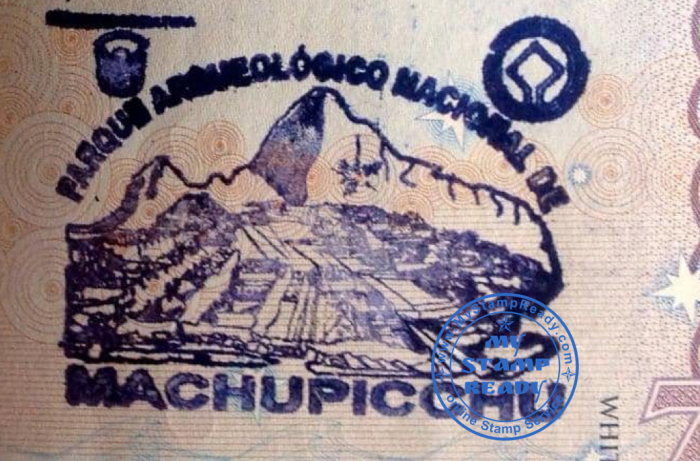 Online stamp making you should try to make a stamp online use by the designer on our website because it's very easy to learn. Try to draw an interesting sketch in it, and we will print it — and maybe your sketch will be so interesting that it will also get into an article in the blog?