No, we are not suggesting you create a custom stamp of Solomon! King Solomon is a legendary character, the wisest ruler, the just judge, the wizard, the Lord of the genies, the owner of the magic seal in the form of a six-pointed star. The magic seal of Solomon had extraordinary powers. By giving it to the king, it gave him wisdom, strength, the ability to talk to animals, and power over the Jinn.

In the modern world, there are seals that do not have magic power but play a significant role in people's lives. Seals certify documents of organizations, institutions, and individuals. The seal Impression is used in advertising campaigns, product design, business cards, and office interiors. Using modern technologies, it is easy to create a custom stamp. The seal layout is created using a special program - the seal designer. The seal designer usually works online. With its help, the customer creates a layout, selects equipment, and material for making cliches. This is the free service. The layout can be saved to a file and downloaded to a USB flash drive. Then the customer pays for the work, and payment is also accepted online. The courier will bring the finished product to the office or home, as it will be convenient for the customer. 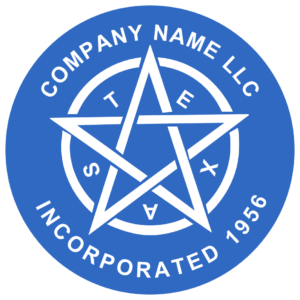 The seal of Solomon or Star of David is a six-pointed star formed by the superimposition of two equilateral triangles. The symbol was engraved on brass or iron ring. There are many interpretations of the ancient legend of King Solomon and his magic ring. Opinions differ about the sign printed on the seal. One version says that the name of God was written on the ring. The ring was encrusted with four precious stones, symbolizing earth, water, fire, and air. Another common version speaks of a six-pin socket. Mystics find a hidden symbol in works of art, banknotes, and coats of arms of countries.

Christians interpreted the symbol as a sign of seven centuries of world history. Each of which was associated with seven planets, under the control of the Sun. The sun was symbolized by the Archangel Michael. Muslims have identified an ancient symbol of wisdom. Often applied to household items. Woven patterns on fabrics, applied to dishes, engraved on jewelry, minted on coins. In Tantrism, the symbol meant the harmony of matter and spirit, the reunion of the feminine and masculine.

The hexagram sign is very ancient, dating back to the bronze age. It is widely used in India to refer to the Anahata chakra. It was also used by other peoples in different historical periods, in different parts of the Earth, giving it a magical meaning. The symbol is often found in medieval books on magic, occultism, witchcraft, and alchemy. Alchemists associated the symbol with the philosopher's stone. Two triangles superimposed on each other read as a unity of opposites.

In the middle ages, the six-pointed star was widely used in the Old World. It was placed on seals, amulets, and ornaments. It could be found in the architecture of temples.

For the first time as the Jewish symbol, the hexagram has been used since the 14th century. Before that, the six-pointed star was more common in Arabic writings than in Jewish ones. Exclusively Jewish, the symbol becomes in the 19th century. With the advent of the Jewish state, the star took pride of place on the national flag.

The hexagram symbolizes the merging of two principles: good and evil, male and female, light and darkness. This extremely popular sign is now used as an amulet, amulet or talisman. Talismans and amulets are shrouded in mystery and mystical stories. Magicians, esotericists use it to protect themselves from dark forces, the evil eye, and corruption. They are used for various magical rituals. It is necessary to create a custom stamp manually, on the strictly defined day, hour, uttering magic spells.

People who are far from esotericism and magic use the seal rather as an ornament. You can create a seal as a beautiful and stylish decoration on chain, bracelet or ring from various materials: metals, wood, and stone. Modern masters bring their own creative ideas. Sometimes this makes it difficult to recognize an ancient symbol in a product.

The hexagram is often found in tattoo art. Star-shaped tattoos are very popular. Someone puts it on the body, giving it the special meaning of a protective amulet. Someone is applying for beauty. A tattoo usually adorns the hand-the forearm or wrist.