A Guide to Signing and Stamping Digital Documents in 2022 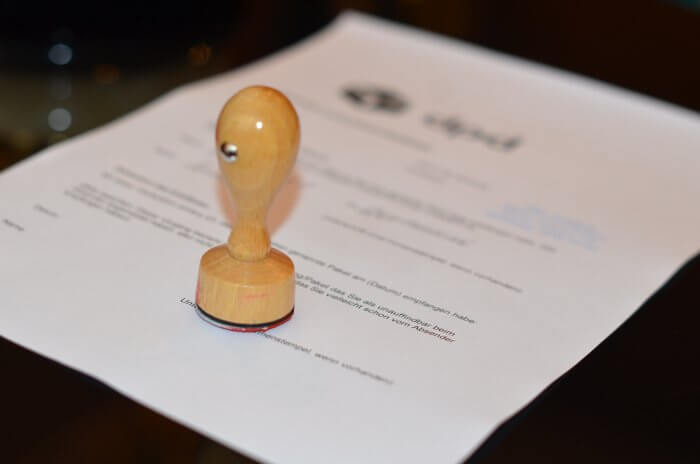 What are digital signatures and digital documents?

A digital signature is an e-signature that comprises a mathematical algorithm, is encrypted in nature, and is unique to each person, just like a handwritten signature. They establish the authenticity of the document/message on which they are placed and the identity of the person or organization providing the document. This means - the message/document/information coming from the signer is unaltered and original in every sense.

What is a digital stamp?

A digital stamp, similar to a digital signature, certifies the authenticity and integrity of a digital document. It is much like a physical stamp on a paper, except it uses a mathematical algorithm and encryption instead of ink. An online digital stamp works on the same principle other than the fact that it's a seal or an image that is "stamped" digitally over the digital document to add an extra layer of encryption.

Why should digital stamps and signatures be used?

They increase transaction transparency and help develop trust between business partners, customers, and vendors. Determining the integrity of digital documents and signatures.

To determine the integrity of a digital document, one needs first to understand how these things work.

In the case of a digital signature, a unique hash value is created for each piece of data that is being signed. These signatures use the Public Key cryptography method, also known as asymmetric encryption. This method comprises a key pair system with a 'Public key' to encrypt the data and a 'Private key' to decrypt the data. The uniqueness lies in that only the recipient who possesses the corresponding private key to a message can access it.

What are PKI and PGP?

The Public Key Infrastructure comprises several standards, policies, certification authorities, and people that regulate and maintain the distribution of such keys and validate the identity of individuals and entities who have a digital certificate provided by a certificate authority (CA).

PGP is an encryption program used for sending encrypted emails and encryption of sensitive files/documents. PGP/OpenPGP is an alternative to PIK. The popularity of this encryption system is based primarily on two factors. First, when PGP came into existence, it was introduced as freeware. So, the popularity spread widely as people saw this as adding a layer of additional security to their emails and documents. The second was its feature of using public-key encryption and symmetric encryption simultaneously. This dual feature facilitates two users who have never met in person to exchange encrypted messages without exchanging private keys.

Although the legal status and acceptance of digitally signed documents and digital signatures vary in different countries, they hold the same integrity and legal status as a handwritten signature in most industrialized countries.

In India, it has been legal since 2000, as mentioned in the Information Technology Act, granting digital signatures the same legal status as handwritten signatures.

How to get your digital signature and stamp done?

Several third-party certificate authorities (CA) can make a digital stamp for you with all the legal bindings needed for the same.

However, if you want to get started immediately, there are several methods available to create a digital stamp and signature. There are multiple software and digital stamp makers on the internet who are willing to do it for you in exchange for some amount of money or sometimes even for free, or you can create yourself by following a simple series of steps via a Microsoft partner using the 'SelfCert.exe' in your Microsoft enabled computer.

What are the common uses of digital signatures and stamps in 2022?

Digital signatures and stamps are used for several purposes, including:

In conclusion, digital stamps and signatures are playing an ever-growing role in the world of business. To know the best about stamps, visit My Stamp Ready. They can help reduce costs and paperwork, improve efficiency in many areas, and provide greater accuracy. But that's not all—they are useful for personal use. Whether you're looking for a new signature, a digital stamp, or another type of document, there are plenty of tools to suit your needs. You may want to spend some time experimenting with these tools and note which ones you like best!

With flourishing digitization, it is imperative to realize the benefits of digital documents, signatures, and stamps. Especially if you are in a business that involves handling and executing contracts and documents, look no further! Instead, adapt to these methods. Read the whole article to have a better understanding of the guide to signing and stamping the digital documents in 2022. It will help you have a compact idea.