Use of stamps in art and painting


Since ancient times, the manufacture of stamps was a special kind of art. Casting complex shapes, stone carving – all this required artistic skill. And, of course, skillfully executed ancient stamps are priceless monuments.

We can only guess how the masters of stamp making of those times would react if they knew that in our world everything is exactly the opposite: seals and stamps of any complexity can be crafted with help of a digital stamp maker without any effort, so anyone with no special skills can create stamp image online

After all, seals and stamps are covered with paint and leave prints. And, if so paintings now write all that comes into my head – if only left an imprint, why not use it for this purpose by the seals?

In the West of the stamps have long been forgotten. Fans of the Italian Federico Pietrella, who lives and works in the German capital - perhaps one of the few who are familiar with the imprint of the stamp-dater.

Pietrella – the most famous artist, representing the direction of fine art called "stamp impressionism". He creates his pictures with the help of a dater - stamp for putting down the current date (for example, on a batch of goods).

If we look at the picture of the Italian from a distance, we will see a monochrome image, which when approaching closer everything will break up into countless individual prints of dates. A characteristic feature of the artist is that he always leaves an imprint of the current date. Thus, in the paintings, it is possible to consider in detail, what the artist has finished with a particular item works. 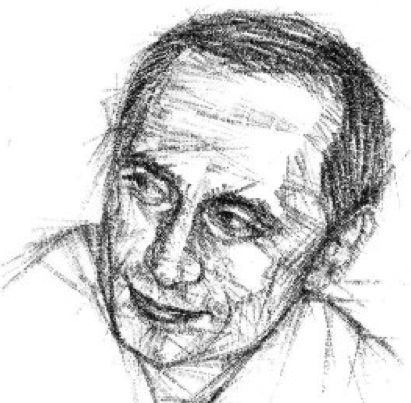 Armenian painter Fridon Asianian – a brilliant artist. Perhaps, there is no such direction of arts in which Asianian would not show his talent. The genius of the Armenian is not limited to painting and graphics – he was also engaged in interior design, architecture and even is the founder of the direction on creation of the author's national Armenian dolls.

But we remembered it because of the same seals and stamps. Being an outstanding portraitist, Asianian has mastered the technique of drawing with stamps accidentally. It happened while working in the "Yerevan project" company. The artist twirled in his hands a huge stamp to create a form that fits in the future the name of the head, architect, chief engineer…

There is no object that a true man of art could not create. "Stamp" portrait of a woman sitting opposite the architect turned out as if by itself.

Each portrait is unique and is born in a burst of improvisation. The artist, seeing the seal, asks her for a few minutes to "drive" - and draws her portrait of the owner. According to him, no one has refused him yet – even the son of the Sheikh of the Arab Emirates. 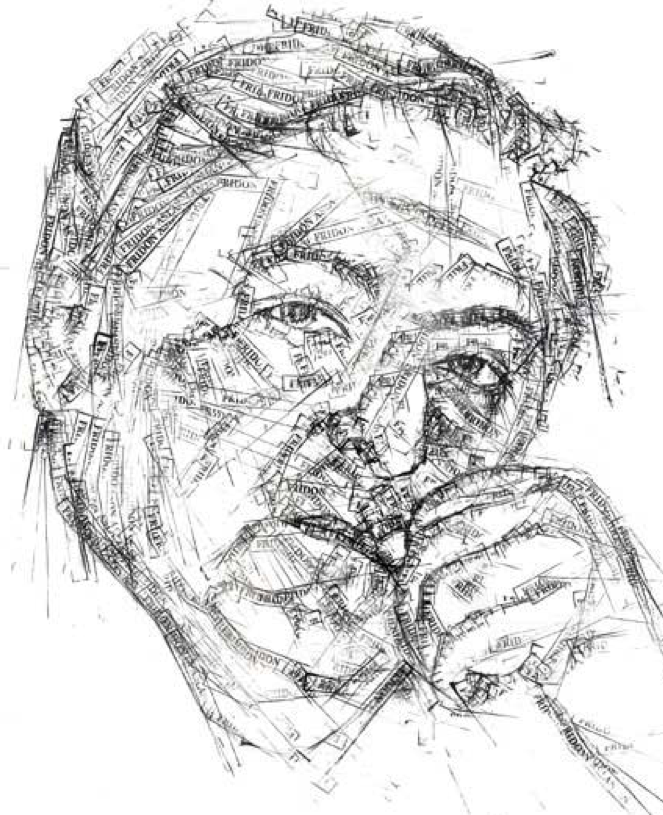 Of all the artists we mentioned Vladimir Kolesnikov, Krasnodar painter, perhaps the most acute social.

The portraits by Vladimir Kolesnikov, created in the framework of the project Signature, people's faces are drawn with the help of facsimile – signature prints of famous people.

The idea was born at Kolesnikov during the military conflict in Georgia and originally represented a portrait of the young lost soldier drawn by signatures of the President of Russia who sent it to this Massacre. But Kolesnikov was dissuaded by his colleagues because it was too cruel.

Seals and stamps, as you can see, are not just bureaucracy. These are human feelings, and space for improvisation, and even social protest – and if we take into account that now you do not need the art of a seal cutter and anyone can make them in an online stamp maker and order printing online, then maybe after reading this article, and you try yourself in the art of stamp painting?